In Tyler Francke’s debut novel, Reoriented, we meet D.J. Martinez on the worst night of his life. Standing on a chair with a rope around his neck, his first semester as an openly gay student in a conservative Christian college is about to end in suicide. But a simple question makes him pause—”Had he left anything undone?”

The answer to that question gives him a reason to live. And the quest he embarks on will change the lives of the students he meets, and gives him a goal worth fighting for.

But that goal seems quixotic. Even though D.J. abides by the code of conduct he agreed to as an incoming freshman, he still judged for his sexual orientation by those who think that “gay Christian” is an oxymoron. But he knows he’s not alone. On a campus this size there must be other gay students, probably closeted—at least to their fellow students—and feeling as isolated as he is.

He wants to start a student club called “New Day” where everyone will be welcomed and accepted for who they are. He fills out the paperwork and attempts to go through the official process but he is stonewalled. He encounters expected enemies—including the dean and the student council president. But he also finds an unlikely ally on the faculty, and he finds a sympathetic and loving friend who stands by him every step of the way.

The relationship between D.J. and Ally—his biggest champion through his quest—is at the heart of the book. They are two very different people from very different backgrounds. Yet both of them have been to the edge and stared into absolute darkness. D.J. has already taken one step back and Ally helps him turn from that darkness once and for all. Her forgiveness of  a unspeakable and almost unforgivable sin committed against her shows D.J. that forgiveness is possible and that he can find a way to love his “enemies” too.

Together their relationship lives out the famous “Prayer of Saint Francis*”

Ally is the one who counters D.J.’s hatred with love, his injury with pardon, his despair with hope, and his sadness with joy. She’s been down the same path, and she knows the way.

It’s only through Ally’s “Franciscan” and thoroughly Christian spirit that they manage to see their shared struggle through to its unlikely conclusion, and win an altogether unexpected victory neither of them sought.

Loosely based on actual events, Reoriented is a moving story that challenges the assumptions of believers and skeptics alike and shows each of us the common humanity we share with both friends and enemies. Regardless of your opinion on the tough subject it addresses, it will make you think and it will encourage you to to pray from a place of humility and reverence. It may even transform you as I expect it transformed the author.

(For) it is in dying (to our old selves) that we are born to eternal life.
Amen.

*Translation from The Glenstal Book of Prayer (The Liturgical Press, 2001), p 97. 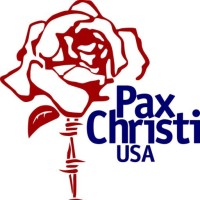 Addie Zierman | How To Talk Evangelical
Sketches By Boze